When I was a child, a programme of traditional Irish music and song wrapped up with ”If you feel like singing, do sing an Irish song” . I feel the words could be rehashed to “If you feel like growing a snowdrop, do grow an Irish snowdrop” and heartily recommend you give Galanthus ‘Straffan’ a try.

It is undoubtedly the champion of Irish snowdrops, one of the oldest of snowdrop cultivars, and arose at Straffan House in Co Kildare. It is a hybrid between the common snowdrop, Galanthus nivalis, and the Crimean snowdrop, Galanthus plicatus, which was most probably introduced by Major Eyre Massey, presumably towards the end of the Crimean War in the early 1850s.  Frederick Bedford was the gardener at Straffan House and is credited with tending the bulbs and distributing them.

It has that uncommon habit among snowdrops of producing a second scape from each bulb and, as this comes a little later than the first flower, a clump of ‘Straffan’ remains in flower for considerably longer than most snowdrops. ‘Straffan’ has stood the test of time and remains a favourite with snowdrop lovers round the world. Quality and good taste will always outlast fashion! PT 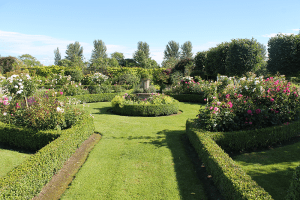