Mary Keenan, of Gash Gardens in Co. Laois, gave a talk recently at Kilkenny Castle, part of the series of talks organised by Shirley Lanigan with the Office of Public Works and the last of this year.

In a way it was a very simple talk, a story really, but it caught my attention and has stayed in my mind since. Mary gave us the history of Gash Gardens: Her father, Noel, was a farmer who took to gardening and, with no disrespect to the general farming population, this was rather an uncommon pastime in this community. In what would now be referred to as “rural diversification” or some such, he set up a plant nursery which became very successful, a practical adjunct to the general farm work and another stream of income, a wise and sensible decision, which any farmer would admire and recommend but he raised many eyebrows when he set aside a four-acre section of good farmland and began to develop the garden in 1986. Putting good agricultural land to use purely for pastime and pleasure would have struck many at the time as wasteful.

At that time Mary was a young girl and recalled that it was normal routine for her to come home from school and take a turn at pricking out seedlings and potting on plants – it was simply part of everyday life; she was born and reared to it, you could say. She recalled the excitement of the first holiday abroad, a teenager on a ferry journey with her father to attend a horticultural event in the U.K., the first of several such excursions she undertook with him. There was the holiday to Kerry which was cut short because her father spotted a prize tree in a nursery, one he had longed to grow for ages, and how the purchase of that tree cut the holiday short as the holiday funds were diverted to the nursery.

From her description of her father’s earliest projects in the garden it was obvious that he was a plantsperson first and foremost as his four-acre garden was planted more as a parkland, with specimen trees spaced well apart in the grass. A walk was developed along the bank of the River Nore, a steam through the garden was developed and planted with oak bridges – made by the local woodwork teacher – added. Other projects followed: The Moon Gate Grotto with its cascading waterfall, a gazebo, a laburnum tunnel and on and on.

Mary took on the garden from her father and is now gardening at The Gash longer than he so it has now truly become her garden. She has retained and developed many of the elements he began and has continued planting with the enthusiasm and taste of the consummate plantsperson to give us the wonderful garden we have today.

We seldom get such an insight into a garden as Mary gave into The Gash Gardens, a view into its background, development and present state, a glimpse into the hidden layers, the connections, the people and all that brings richness beyond what immediately greets our eyes when we visit. 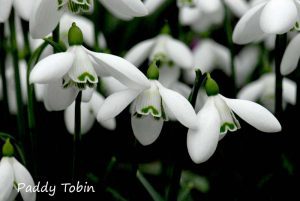 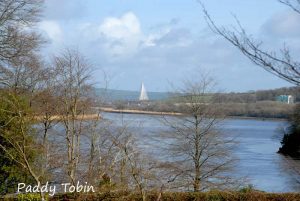