The Gardens Trust in the U.K. have organised a series of 4 online talks on historic gardens of Ireland.

The lectures cost £5 individually or £16 for all four. Attendees will be sent a Zoom link prior to the start of the talk. Please see this EVENTBRITE LINK for details and registration: https://www.eventbrite.co.uk/e/unforgettable-gardens-mount-usher-tickets-514498758637

William Robinson (1838 – 1935) who advocated a naturalistic style of gardening described Mount Usher as ‘a charming example of the gardens that might be made in river valleys’. Edward Walpole had purchased a mill house and land by the Vartry river at Ashford, Co. Wicklow. We examine how from the 1880s his sons, described as ‘Robinson’s disciples’ introduced his ideas as they and later generations planted an 8-ha site and created what remains an outstanding example of a Robinsonian garden in Ireland.

(See image at the top of the page)

Annes Grove in North Co. Cork has an international reputation as a plantsman’s garden. Ostensibly, the creation of Richard Grove Annesley (1879-1966), the garden is in part ‘Robinsonian’ and part a ‘Paradise Garden’. The talk details the garden’s history and its recent restoration.

Phoenix Park is one of the world’s great urban parks and has been managed by the Office of Public Works almost continuously from 1860 to the present day. The lecture will endeavour to cover the main landscape and historical developments during its 360 year existence as a recreational facility as well as focussing on some of the major landscape professionals such as Decimus Burton who made a major contribution to its landscape layout. Some aspects of the Park’s management as the herd of fallow deer and grassland management will also be discussed and the contributions made by a number of Park bailiffs in the late 19th and early decades of the 20th centuries.

Glenveagh Castle Gardens are part of Glenveagh National Park in the northwest of County Donegal. The site occupied by the castle and gardens was formerly wild mountain moorland, with construction of the castle beginning in 1869 and the gardens in the mid-1880s. The two major elements of the garden, the Pleasure Gardens and the Walled Garden, were built in the late 1880s. From the late 1950s through to the early 1980s, the design and layout of the garden were developed to include the Gothic Orangery, the Italian Terrace, the Tuscan Garden and the development of the plant collection. Today, Glenveagh is well known for its rich collection of trees and shrubs specialising in southern hemisphere species and a diverse rhododendron collection. 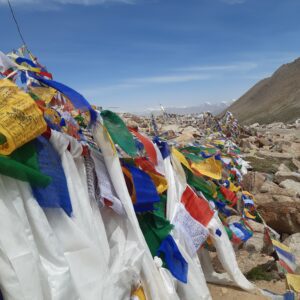 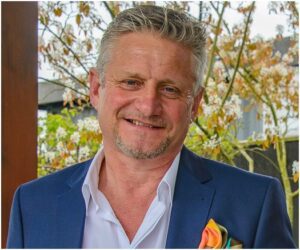 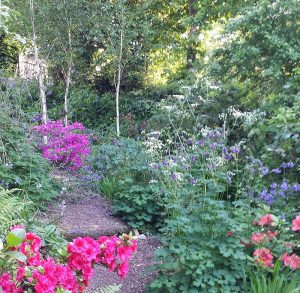 Lesley Simpson and Moira Concannon are friends who live in adjacent properties, a late Georgian house and a converted barn, and garden together. Come and enjoy the wonderful display of daffodils and other bulbs in[...]
View Calendar
Add